By blogstronSeptember 24, 2022 US News No Comments9 Mins Read 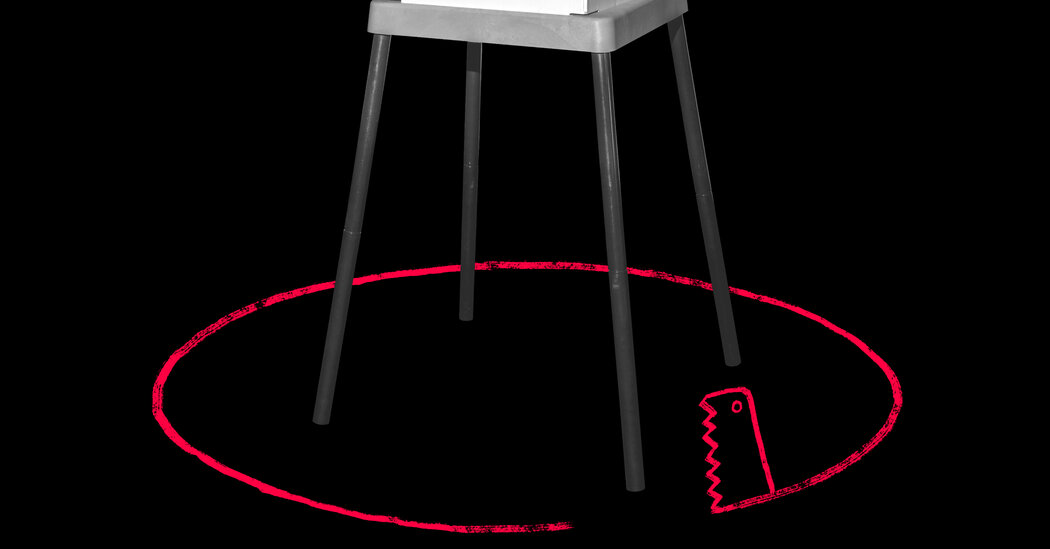 In the weeks after the 2020 presidential election, Donald Trump and his allies were unable to get far in their attempts to prove widespread voter fraud. There were two reasons for that.

First, there wasn’t any, as numerous investigations by journalists, expert reports and court rulings showed. But second, Republican election officials in multiple states repeatedly said that their counts and recounts were accurate, and they defended the integrity of the election. For all the pressure that the Trump camp brought to bear, well-trained, civic-minded election workers carried out their duty to maintain the machinery of American voting.

Many top Republican Party officials and lawmakers have spent the last two years striking back, and drawn the most attention for their efforts to pass “voter integrity” laws that aim to make voting more onerous under the guise of preventing fraud. From January 2021 to May of this year, just under three dozen restrictive laws had been passed in nearly 20 states, according to the Brennan Center for Justice.

These are pernicious laws, and they undermine Americans’ hard-won rights to vote. But just as important is the matter of who counts the votes, and who decides which votes count and which do not.

This is where Mr. Trump’s allies have focused much of their scheming since his re-election defeat. Their mission is to take over America’s election infrastructure, or at least key parts of it, from the ground up by filling key positions of influence with Trump sympathizers. Rather than threatening election officials, they will be the election officials — the poll workers and county commissioners and secretaries of state responsible for overseeing the casting, counting and certifying of votes.

These efforts require attention and mobilization from Americans across the political spectrum. America’s system of voting is complex and decentralized, with most of the oversight done at the state and local level by thousands of elected and appointed officials, along with poll workers. While it is outdated and inconvenient in many places, this system has worked relatively well for roughly 200 years.

But Mr. Trump’s attempts to subvert the election also revealed the system’s vulnerabilities, and his allies are now intently focused on exploiting those pressure points to bend the infrastructure of voting to their advantage. Their drive to take over election machinery county by county, state by state, is a reminder that democracy is fragile. The threats to it are not only violent ruptures like the Jan. 6 attack on the Capitol but also quieter efforts to corrupt it.

A key element of this strategy is dismantling the bulwarks that stopped the assault on democracy in 2020. In Georgia, the top state election official, Brad Raffensperger, its secretary of state, refused Mr. Trump’s request to help steal the election by agreeing to “find” 11,780 additional votes. In Michigan, the Board of State Canvassers certified Joe Biden’s victory despite Mr. Trump’s aggressive meddling. A host of other state and local officials, many of them Republicans, pushed back on similarly antidemocratic machinations.

Mr. Trump and his allies have set about removing and replacing these public servants, through elections and appointments, with more like-minded officials. In some cases, the effort has failed. (In Georgia’s Republican primary this year, Mr. Trump backed a losing candidate in a vendetta against Mr. Raffensperger.) But in other states, Republicans have embraced election deniers as candidates, including for secretary of state.

In Nevada, the Republican secretary of state nominee, Jim Marchant, maintains that the 2020 presidential race was rigged and that he would not have certified Mr. Biden’s win in Nevada. He blames voting fraud for his own failed House run that year and has said that Nevada voters haven’t truly elected their leaders in years because the system is so rigged.

Mr. Marchant is a part of the America First Secretary of State Coalition, whose candidates are campaigning for measures that would make it more difficult for Americans to vote, such as by limiting voting to a single day and aggressively purging voter rolls. They have the financial backing of pro-Trump election deniers including Mike Lindell, the founder of MyPillow, and Patrick Byrne, the former chief executive of Overstock.com.

The Republicans’ pick in Michigan, Kristina Karamo, is also an America First candidate. She gained political notice with her unsubstantiated claims to have witnessed election fraud as a poll watcher in Detroit in 2020. She has also promoted the baseless conspiracy theories that Dominion voting machines flipped votes in Mr. Biden’s favor and that Jan. 6 was a false flag operation conducted by “antifa posing as Trump supporters.”

The most outrageous G.O.P. choice may be Arizona’s Mark Finchem. Mr. Finchem has in the past identified as a member of the Oath Keepers, a far-right militia group, and he spoke at a QAnon convention last year. He was at the Capitol on Jan. 6, although he denies being within about 500 yards of the building. As a member of the Arizona House of Representatives, he introduced a resolution this year to decertify the 2020 election in multiple counties, and was a sponsor of a bill to empower the Republican-led Legislature to overturn election results.

Mr. Finchem wants to ban early voting and put limits on mail-in voting. In April, he filed a federal lawsuit, backed by Mr. Lindell, to block the use of electronic vote-counting machines in Arizona in the midterms. (It was dismissed.)

Installing election deniers as top election officials is just one element of this plan. Much less visible, but just as important, is the so-called precinct strategy, in which Trump allies are recruiting supporters to flood the system by signing up to work in low-level election positions such as poll workers. A prominent promoter of the precinct strategy was Steve Bannon, the former Trump adviser. Last year, Mr. Bannon rallied the listeners of his “War Room” podcast to sign up as precinct committee members. “We’re going to take this back village by village … precinct by precinct,” he proclaimed in May 2021.

The call was answered. An investigation by ProPublica in the summer of 2021 found a surge in Republicans signing up to be precinct officers or equivalent lowest-level officials in key counties. Of the 65 counties contacted, 41 reported a collective increase of at least 8,500 new sign-ups following Mr. Bannon’s call to arms. (ProPublica found no such spike on the Democratic side.)

The precinct strategy has been endorsed by Mr. Trump — who declared it a way to “take back our great country from the ground up” — and adopted by segments of the Republican Party.

Mr. Bannon is appealing to his supporters’ sense of civic duty by asking them to be more involved in their local election process. But unsettling details of what this effort entails emerged this summer after Politico acquired videos of Republican operatives discussing strategy with activists.

New election recruits would attend training workshops on how to challenge voters at polling places, explained Matthew Seifried, the Republican National Committee’s election integrity director for Michigan, in one of the recordings. These poll workers would have access to a hotline and a website staffed by “an army” of Republican-friendly lawyers prepared to help with challenges. “We’re going to have more lawyers than we’ve ever recruited, because let’s be honest, that’s where it’s going to be fought, right?” Mr. Seifried said at a meeting last October.

As testimony during the Jan. 6 committee hearings revealed, the legal challenges presented by Trump allies to the 2020 election quickly collapsed in part because they lacked even the most basic documentation. But carried out as designed, the precinct strategy means that even if, ultimately, there are no instances of fraud and most of the challenges to individual voters fall apart, they could still bog down the voting by causing delays and introducing unnecessary friction and confusion, giving cover to a state election official or state legislature to say that an election is tainted and therefore invalid.

In some parts of the country, this is already happening. This summer, an all-Republican county commission in rural New Mexico refused to certify the primary election results because of unsubstantiated suspicions of fraud. New Mexico’s secretary of state, a Democrat, intervened and asked the state Supreme Court to order the commission to certify the results. Two commissioners relented, but the third, Couy Griffin, refused. He admitted that his suspicion of fraud was not founded on any evidence: “It’s only based on my gut feeling and my own intuition, and that’s all I need.”

After the May primary election in Pennsylvania, three Republican-controlled counties refused to count several hundred mail-in ballots on which voters had failed to write a date on the envelope. The administration of Gov. Tom Wolf, a Democrat, filed suit, and last month, a judge ruled that the ballots had to be included in the results, finally clearing the way for the primaries to be certified. (State officials learned of a fourth county that had done something similar.)

Litigation is an important tool in tackling this threat. But it will not save the day. The problem is too big, says Marc Elias, a Democratic voting rights lawyer. “For every one place you try to solve this in court, there are five additional places where it is happening,” he said.

The real threat to America’s electoral system is not posed by ineligible voters trying to cast ballots. It is coming from inside the system.

All those who value democracy have a role to play in strengthening and supporting the electoral system that powers it, whatever their party. This involves, first, taking the threat posed by election deniers seriously and talking to friends and neighbors about it. It means paying attention to local elections — not just national ones — and supporting candidates who reject conspiracy theories and unfounded claims of fraud. It means getting involved in elections as canvassers or poll watchers or precinct officers. (Mr. Bannon has the right idea about civic participation; he just employs toxic lies as motivation.)

And it means voting, in every race on the ballot and in every election. To this end, employers have a role to play as well, by giving workers time off to vote and encouraging them to do so.

The task of safeguarding democracy does not end with one election. Mr. Trump and others looking to pervert the electoral process are full of intensity and are playing a long game. Only an equally strong and committed countervailing force will meet that challenge.

The Times is committed to publishing a diversity of letters to the editor. We’d like to hear what you think about this or any of our articles. Here are some tips. And here’s our email: letters@nytimes.com.

Public Libraries Now Have To Deal With Hoax Bomb Threats

A major European stock index falls into a bear market.

Is Jell-O good for you? Why gelatin is gaining attention as a collagen alternative

Ambitious ‘Lord of the Rings’ prequel hopes to slay dragons