The YouTube baker fighting back against deadly “craft hacks”

Marilyn Monroe biopic feels like an exercise in exploitation : NPR 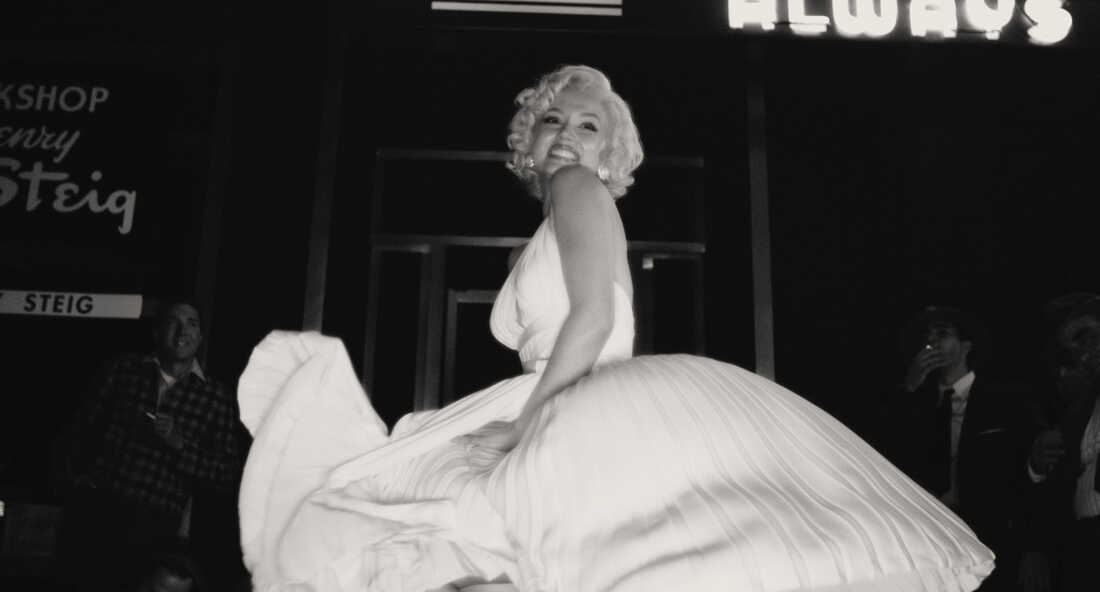 In her New York Times pan of Norman Mailer’s 1973 biography of Marilyn Monroe, the critic Pauline Kael wrote, “I wish they’d let her die.” I had much the same thought after watching Blonde, which focuses so narrowly on Monroe’s pain and trauma that it feels less like a biographical drama than a passion play.

The movie turns Monroe into an avatar of suffering, brought low by a miserable childhood, a father she never knew and an industry full of men who abused and exploited her until her death in 1962, at the age of 36. There’s truth to that story, of course, but it’s hardly the only truth that can be drawn from Monroe’s tough life and extraordinary career. It’s also an awfully tedious note to keep hitting for nearly three hours.

For all that, I came away from Blonde with great admiration for Ana de Armas and her commitment to the role of Norma Jeane Baker, the woman who would become known all over the world as Marilyn Monroe. I felt even more admiration for Joyce Carol Oates’ novel, which freely reshapes and reinvents details from Monroe’s life, but offers a much more nuanced and expansive view of its subject than the writer-director Andrew Dominik manages.

The movie feels off from the start as it whisks us through Norma Jeane’s difficult upbringing in 1930s Los Angeles. We meet her volatile mother, Gladys — a fierce Julianne Nicholson — who’s diagnosed with paranoid schizophrenia and institutionalized when Norma Jeane is still a child. Blonde skips over a lot of details, including Norma Jeane’s time in foster care and her first marriage, and fast-forwards to her experience as a pin-up model, which leads to her start in motion pictures.

De Armas’ transformation into Monroe goes well beyond a breathy whisper and a peroxide dye job; she plays up Norma Jeane’s kindness and her naive, unassuming nature. That leaves her ill prepared for an industry that degrades her from the get-go, starting with a Hollywood mogul who rapes her in his office at their first meeting.

Everyone she works with is condescending to her, even though she’s much harder-working and more intellectually curious about her material than anyone gives her credit for. She also maintains ties with her mother, visiting her in the hospital and asking about the identity of her father, who, she’s been led to believe, was a famous Hollywood actor himself.

Along the way, she has multiple pregnancies, and there are graphic depictions of Norma Jeane having an abortion and, later, a miscarriage. Blonde suggests that Monroe desperately wanted a child, to become the loving, supportive mother she herself never had. But it depicts this desire in a way that’s frankly ridiculous: The movie keeps flashing back to closeups of a fetus in Norma Jeane’s womb, shimmering like the Star Child from 2001.

Dominik has always been an artful filmmaker, and Blonde is full of lustrous images, shot in a mix of color and black-and-white, that sometimes beautifully evoke vintage Monroe photographs. And it has brooding music by Nick Cave and Warren Ellis, who also scored the director’s great 2007 western, The Assassination of Jesse James by the Coward Robert Ford.

Like that film, Blonde feels like a slow-motion death march: It’s The Assassination of Marilyn Monroe by Basically Everyone She Ever Met. There are fleeting moments of joy and lightness along the way, especially when de Armas re-enacts bits of Monroe’s famous performances in Gentlemen Prefer Blondes and Some Like It Hot. But even when Dominik recreates these classic Hollywood moments, he’s quick to cancel out our pleasure: Even the famous subway-grate sequence from The Seven Year Itch has to be stretched into a crushing lament for how endlessly brutalized this woman was.

Blonde clearly wants us to feel for Norma Jeane, but it dwells on her pain so obsessively — never more so than when she’s shown being sexually assaulted by President Kennedy — that the movie’s empathy feels like another form of exploitation. Marilyn Monroe may have been a glossy Hollywood construct, one that Norma Jeane herself had a hand in creating. But Blonde is too thuddingly repetitive — and finally, unimaginative — to bring us any closer to understanding the woman behind that construct. It left me feeling that Monroe deserved better, not just from the industry that chewed her up and spat her out, but from any filmmaker hoping to make sense of her legacy.

Execs: US casinos learned some useful lessons from pandemic

Families of FDNY, NYPD members who died of 9/11 illnesses reflect on loved ones

How Archives went from ‘National Treasure’ to political prey