By blogstronSeptember 23, 2022 US News No Comments6 Mins Read 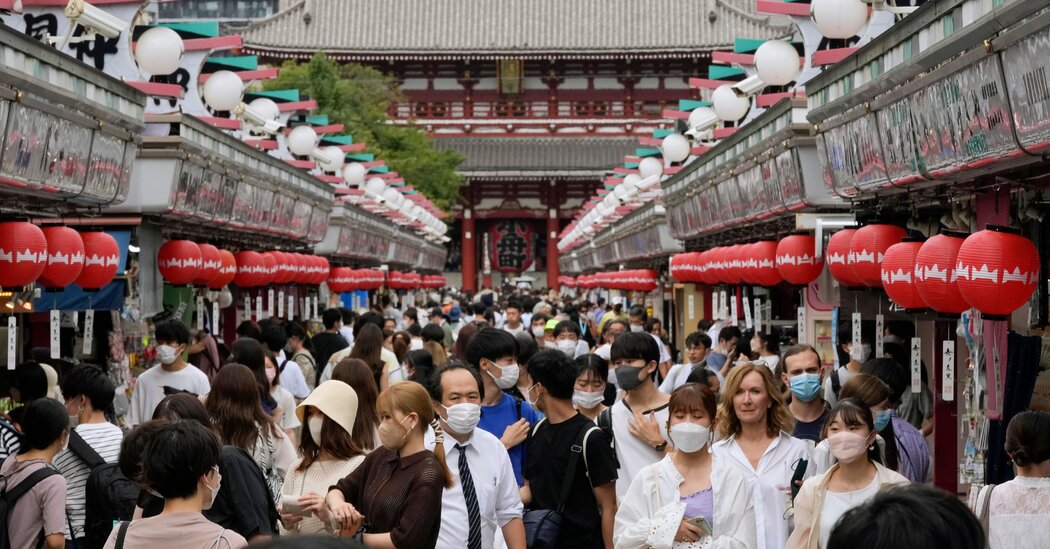 HONG KONG — After two and a half years of tight pandemic controls, some of Asia’s last holdouts are finally opening their borders, as they move to bolster their economies and play catch-up with a world that has largely learned to live with Covid.

Hong Kong said on Friday that it would abandon mandatory hotel quarantine for people coming to the city starting next week, following a similar move by Taiwan. Japan said it would drop its daily limit on arrivals and fully open its doors to tourists on Oct. 11.

The flurry of moves this week has left just one major country with strict border controls: China, where the ruling Communist Party still clings to its “zero Covid” policy. Those who travel to China, mainly residents, still face 10 days of hotel quarantine at their own expense.

When the pandemic swept across the world in early 2020, many governments in Asia were quick to shut their borders, with most places locking out anyone who wasn’t a resident. Reopening has been a grinding and slow process, as officials fretted over the vulnerability of their older populations and feared their health systems would buckle.

But the isolation has become difficult to bear, especially as much of the rest of the world has fully reopened. Cut off from big-spending tourists and facing economic headwinds, business leaders have increasingly pressured officials in Japan, Hong Kong and Taiwan to rethink their policies.

Last week, the World Health Organization chief, Tedros Adhanom Ghebreyesus, said that the end of the pandemic was “in sight,” underscoring the collective readiness of many governments to begin to imagine a world beyond Covid-19.

“I’m conscious of the fact that, while we need to control the spread of Covid, we also need to ensure that there will be maximum activities in society and economic activities for society to carry on,” John Lee, Hong Kong’s top leader, said this week before the relaxation of the rules on Friday.

It was the starkest admission yet that the strict rules, tied closely to mainland China’s pandemic policy, had come at a cost that officials were no longer willing to tolerate.

“People around the world have been asking ‘when can we travel to Japan,” Mr. Kishida said on Wednesday, before the new rules were announced, according to the public broadcaster NHK. “Now, I hope they’ll make plans to visit Japan and get a taste of Japanese cuisine.”

In Taiwan, President Tsai Ing-wen said people were ready to reconnect to the rest of the world.

“It has finally come to the final moment of the pandemic,” Ms. Tsai wrote on her Facebook page. “Now, we must make every effort to revive tourism, stimulate the economy and lead Taiwan’s economy to develop by leaps and bounds.”

Over the past two years, Japan and Hong Kong have missed out on hosting important global gatherings, the type that are central to their identities as important hubs in the region.

The Tokyo Olympics, originally scheduled for August 2020, were held a year later, but only for domestic spectators. Big, splashy events in Hong Kong like Art Basel, the Rugby Sevens and regional financial conferences were canceled as the city remained closed off to nonresidents and tourists.

Hong Kong had one of the strictest quarantine requirements at one point, with 21 days of mandatory hotel quarantine for arrivals. On Friday, officials announced a new policy to take effect next week, which would only require visitors to do several days days of P.C.R. testing and health monitoring.

With borders restricted, tourism has been slow to come back in much of the region. Once a top aviation hub, Hong Kong was “effectively off the map now,” Willie Walsh, the director general of the International Air Transport Association, said in April.

While Hong Kong’s relaxation of Covid restrictions go further than any at any other point in the pandemic, the new rules will still prevent visitors from going to restaurants and bars during their period of health monitoring, raising questions about whether it will be enough to attract tourists coming for a short visit.

In 2019, Japan took in around $46.1 billion from foreign tourism, according to the Japan External Trade Organization. Virtually all of that disappeared after the pandemic began.

Before its latest move, Japan had tried in fits and starts to get tourism going, without much luck. In June, the government changed the border rules, letting in tourists who agreed to participate in guided tours booked through travel agencies. In September, it changed the rules again, but still kept visitors on a tight leash.

Things got off to a slow start: Only 12,405 tourists entered the country in June, according to the most recent government data.

Japan’s reopening could unleash a flood of pent-up travel demand, providing a much-needed boost to the country’s travel and hospitality sectors. Almost 32 million international tourists visited Japan in 2019, triple the number from six years before, according to government data.

But inbound tourism is unlikely to approach prepandemic levels anytime soon. Chinese visitors, who accounted for around 30 percent of Japan’s inbound traffic in 2019, are severely limited in their ability to travel under Beijing’s strict Covid policies.

Domestically, Japan plans to encourage tourism by offering government-subsidized discounts to Japanese residents for hotels, restaurants and some kinds of entertainment, Mr. Kishida said. It is a revival of a plan, known as “Go to Travel,” that his predecessor introduced in an effort to increase domestic tourism after it was wiped out in the pandemic’s early months.

The Asian governments are all in need of the economic help.

Japan’s economy has slowly begun to bounce back, with shoppers filling malls and families eating out. But the plunge in the yen, which is hovering around its weakest level in nearly a quarter-century, has been painful for domestic consumers.

In Hong Kong, thousands of small businesses have closed their doors, unable to recover from several rounds of social distancing measures that forced restaurants and bars to remain shut for weeks or months. The tough measures, together with a crackdown on the former British colony’s legacy of free speech, have prompted young Hong Kongers, expatriates and multinational companies to leave the city permanently.

While Taiwan’s economy has remained relatively healthy due to its semiconductor industry, tourism has suffered. Taiwan capped the number of arrivals during the pandemic, and for a while, nonresidents couldn’t go there at all.

“The dark days of waiting to travel abroad have finally come to an end,” said April Lin, 36, a Taiwanese tour guide in the central city of Taichung. “It’s a much-needed rain for many in the tourism industry.”

Officials Are Optimistic Monkeypox Can Be Eliminated in the US

Is Jell-O good for you? Why gelatin is gaining attention as a collagen alternative