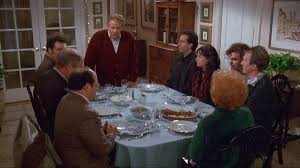 As the saying goes, the only thing you can count on is death and taxes – and the annual hand wringing from tax and spend liberals over the Colorado budget.

It’s actually amazing how Democrats always end up with a big bellyache about what is in their coffers. There could be a billion more dollars (which there is) or a federal stimulus (which there was) – it just doesn’t matter. Their pet projects and special interests always need more handouts. This year’s gripes about money include inflationary woes and some tricky ballot initiatives.

Incoming chair of the Joint Budget Committee, Sen. Chris Hansen (D-Denver), is already laying the groundwork for this year’s airing of grievances, telling the Colorado Sun: “I think we’re in the red before we even start the race.”

Woah boy! That’s quite the overstatement.

Hansen and his compatriots

But Hansen and his compatriots are deeply invested in maintaining the façade that the state never has enough money and that things people care about (like education) are going to face cuts. Why you ask? Because their end game is to stoke enough public sympathy that they can eventually eliminate the Taxpayer’s Bill of Rights and, therefore, raise taxes whenever and however they want. So, just remember that it literally doesn’t matter how much money the state takes in, Democrats will say they still need more every.Single.Time.

As for the ballot measures that would impact the budget – Prop. 121 would cut the income tax rate and Prop. 123 would create a dedicated revenue stream for affordable housing – Democrats bothered by these measures only have themselves to blame. If they weren’t constantly raising fees and finding TABOR workarounds, there probably wouldn’t be tax cut on the ballot. And the affordable housing measure has been endorsed by a slew of prominent Democrats and left-leaning non-profit organizations that stand to gain (and by gain we mean financially) if the measure passes.

Sounds like it’s time to pray for a Festivus Miracle.

TRAFALGAR POLLSTER: Republican wave will be BIGGER than polls estimate and here’s why…

List of Shame: All the Media Outlets Pretending Babies Don’t Have Heartbeats at 6 Weeks

Biden to channel Kennedy in his push for a cancer ‘moonshot’