Stephen Colbert: Grateful for Grief – All There Is with Anderson Cooper

Advertise with us!
Thursday, September 22 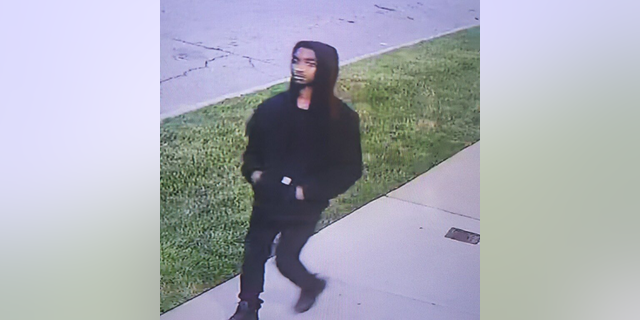 The Detroit Police Department is searching for a person that they say is the suspect of four shootings in the area on Sunday.

Police say that the shootings all took place on Sunday morning in different parts of the city.

Officials said that a 40-year-old woman was shot at around 4:45 a.m. near Margareta Ave & Wyoming Ave, according to FOX 2.

While police were at the scene of the first shooting, someone walked up and said that another individual was shot at Wyoming Avenue & 7 Mile, and police said that a 28-year-old man died in the incident.

Police believe that there’s one suspect in relation to the shootings and have linked a weapon to the incident. The suspect is likely a Black male in his mid-20s to early 30s, police said.
(Detroit Police Department)

Another man was shot near 19200 Pennington at 7:10 a.m. after he noticed that the suspect was looking inside several cars. The man confronted the suspect, who then shot the male victim once, police said.

Three of the four people who were shot on Sunday are dead, according to police.

Police believe that there’s one suspect in relation to the shootings and have linked a weapon to the incident. The suspect is likely a Black male in his mid-20s to early 30s, police said.

White said that of the people who were shot, one person was waiting for a bus, one was walking his talk, and another was “just on the street.”

Detroit Mayor Mike Duggan said that the Michigan State Police, Federal Bureau of Investigations, and Bureau of Alcohol, Tobacco, Firearms and Explosives are assisting in the search.

Adam Sabes is a writer for Fox News Digital. Story tips can be sent to Adam.Sabes@fox.com and on Twitter @asabes10.

Ohio GOP Is Going All-Out Trump (With One Exception)