Russians Fleeing the Draft Find an Unlikely Haven in Kyrgyzstan

Advertise with us!
Wednesday, October 5 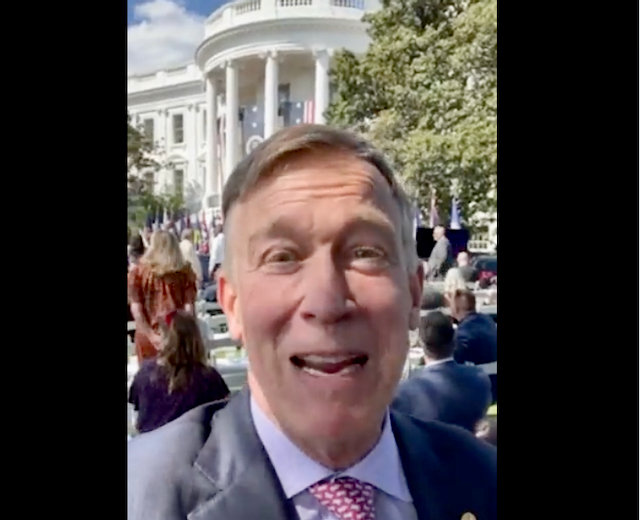 Colorado’s U.S. Sen. John Hickenlooper was there with “a thousand of his closest friends” to help Democrats thwart reality.

Celebrating our Inflation Reduction Act at the @WhiteHouse. Cheers to a cleaner, greener future! pic.twitter.com/qgESOD1pyk

Colorado’s other U.S. Senator who is up for reelection also glossed right over the economic news of the day and pretended the bill will save the planet from climate change rather than continue to make energy unaffordable for working Americans.

For years, Coloradans have called on Washington to do something about the urgent threat of climate change and the outrageous cost of prescription drugs.

With the #InflationReductionAct we overcame the special interests and got it done.

Instead of partying on the White House lawn, Biden and Senate Democrats should be dealing with the impending freight rail strike that threatens to cause even more catastrophes.

Even CNN piled on:

A stoppage would be a disaster since it could cost several billions of dollars a day and further clog supply chains that already contributed to the rising inflation that have hurt so many Americans this year. Food shortages could occur, sending prices of staple goods soaring once again.

Presidents often cannot control the economy’s trajectory, but it was an inopportune matter of scheduling that Biden was on Tuesday thumping Democratic chests on a bill that pours hundreds of billions more dollars into an already overheating economy.

If the Colorado media could divert their attention to these matters, rather than carrying the Democrat Party’s election playbook, that would be great.

Meanwhile, Democrats have allegedly been reducing the price of prescription drugs since Obamacare fixed all that 12 years ago, so excuse us if we’re not buying the talking points.

WATCH: Tony Bobulinski says FBI ignored evidence against Biden AND disgraced Tim Thibault was in charge of his case

Is human made rain the way to help the increasing droughts?